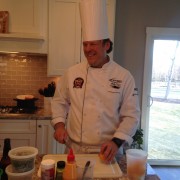 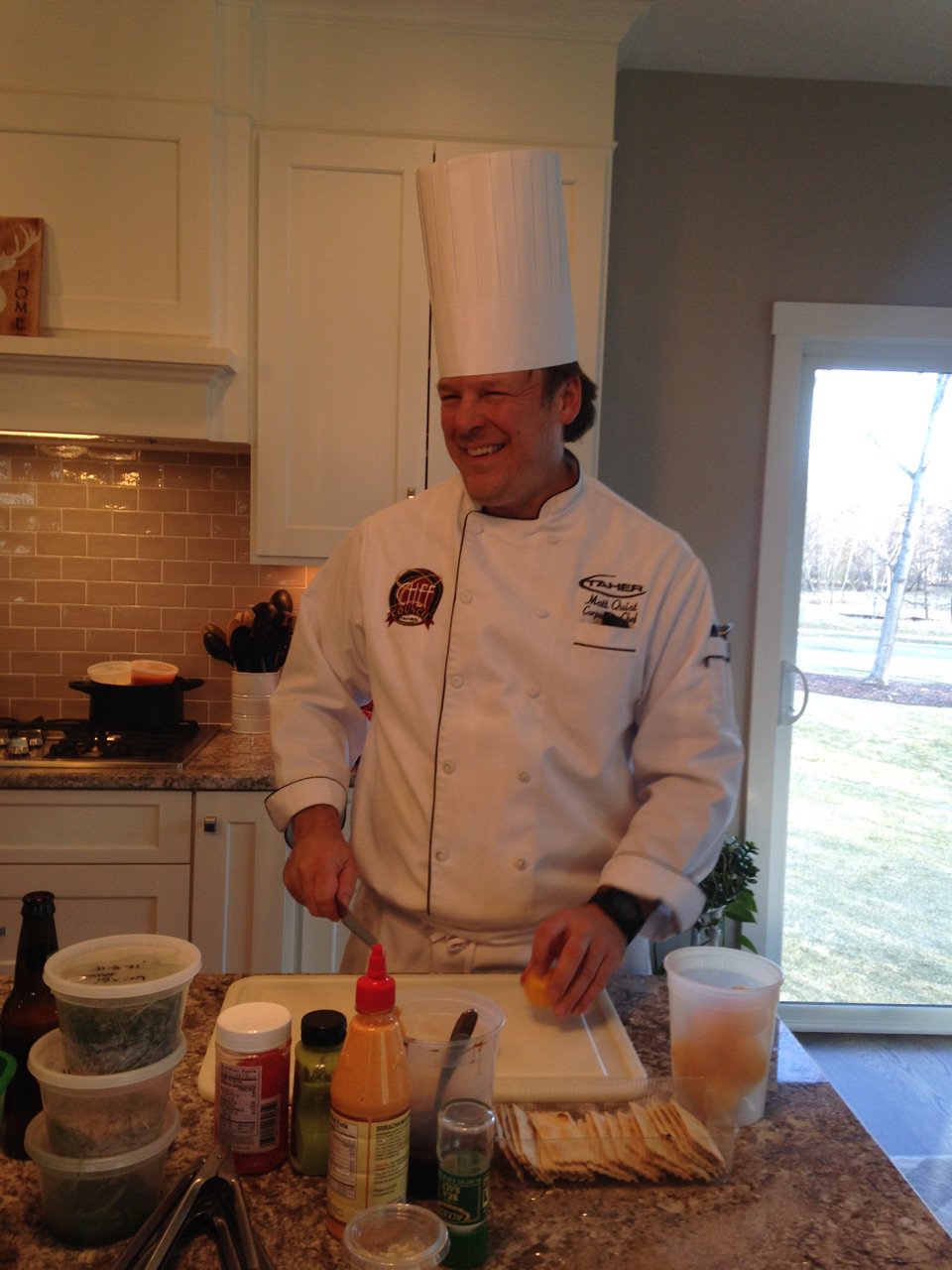 Chef Matt Quist is a member of Taher’s Chef Council and loves every minute of it. Between the trips and being able to interact with customers, he says he has an absolute blast.

I grew up in Bloomington, Minnesota and the only jobs I could ride my bike to were food service jobs. I worked a bit at Lunds and Byerly’s and Leeann Chin’s. It was great working in the kitchen with Leeann. Seriously, start working for good companies and do it early. I can’t speak highly enough of both of them. Anyway, I went to a career day in Minneapolis but none of the careers spoke to me. But when I was there I found a booth for a culinary school and they explained what they do. It took a while but working in the kitchen with Leeann Chin, she pushed me to go to culinary school.

What is one of your favorite dishes to make?

Our new Lomo Saltado! It’s a Peruvian Stir-Fry. We learned to make it in this woman’s home in Lima on one of the Chef Council trips. It’s global but comforting. It’s made with rice and french fries and it’s a really great fusion of Asian and Latin tastes. There’s actually a large Asian population in Peru and it’s a combination of the food and techniques they brought with them with where they ended up. It’s really wonderful. We’re serving it at a lot of our units now. It’s great!

What is one of your favorite ingredients to work with?

Fresh herbs or probably acids like vinegar, citrus, or white wine. Both of those things make it taste clean and fresh. It’s great because it brings so much flavor without adding salt or sodium.

What is one of your go-to dishes? If you’re low on ingredients, what do you make for dinner?

I’d have to say penne matriciana. It reminds me of sitting on the couch late in the evening and getting hungry. Four ingredients, that’s it! Bacon, because it’s my favorite vegetable, onion of any kind, garlic either powdered or fresh or in a bottle, and canned tomatoes. Everyone has a can of tomatoes in their pantry that could be diced, minced, stewed, whatever. Add in penne or some other short pasta and you’re done! I love making anything with less than 10 ingredients.

Telling Stories and Giving Back

What is one of your favorite things to teach a student, apprentice, or new chef?

For a student or new chef, I want to see how they plate. You can take a burger and fries and make it pretty. It’s a great way to tell that they care. If I can see that they are passionate about something, it is so much easier and enjoyable to teach them. As far as teaching, I like to teach knife skills. It makes you so marketable as a cook or chef. Plus I don’t want to see people hurt themselves! 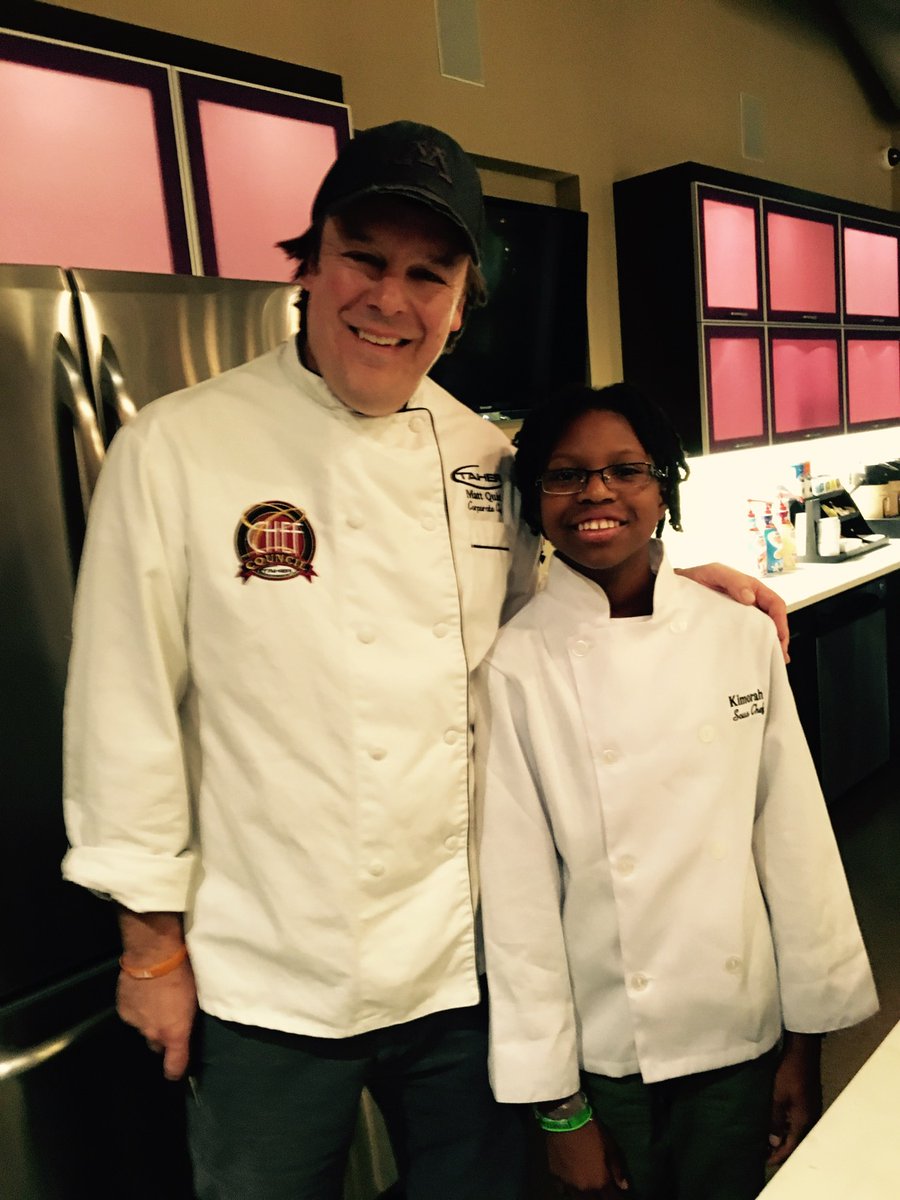 What is your favorite part of interacting with customers?

I like telling stories about where we found the recipe we’re serving them. We learned a recipe cooking with a woman in Lima. We thought it was going to be going in a car and just going to their home to cook. Nope. We got on the city bus, went to the market and got EVERYTHING. We bought the ingredients, the tools, the fuel, everything. When we were done, we got back on the city bus and went to their home and made ceviche. Or at least tried to! a water main broke in the street so we had to go to a gas station and pick up bottled water to finish the recipe. It was like nothing I’ve ever experienced. I like telling that story.

I also like telling people about mini chef tips. Like the best way to juice a lemon to get the most out of it. I love educating people on stuff like that.

What are some of the ways you give back?

I’m a certified Big Brother. It’s really important to me to be a positive role model for kids and teens that might not know that this is a career path because that’s where I was. Taher does a Polar Plunge every year, I like doing that too.

Besides Chef Council trips, where do you draw inspiration for dishes?

Uptown in Minneapolis. It’s where I live and the Farmer’s Market there is phenomenal. The food culture is amazing. And it’s all within walking distance. I love the restaurants there too. There’s such a variety! I’ll take menus from places I like and try to tweak the dishes and make them easier to produce in bulk.

Check some photos below of Chef Matt Quist! 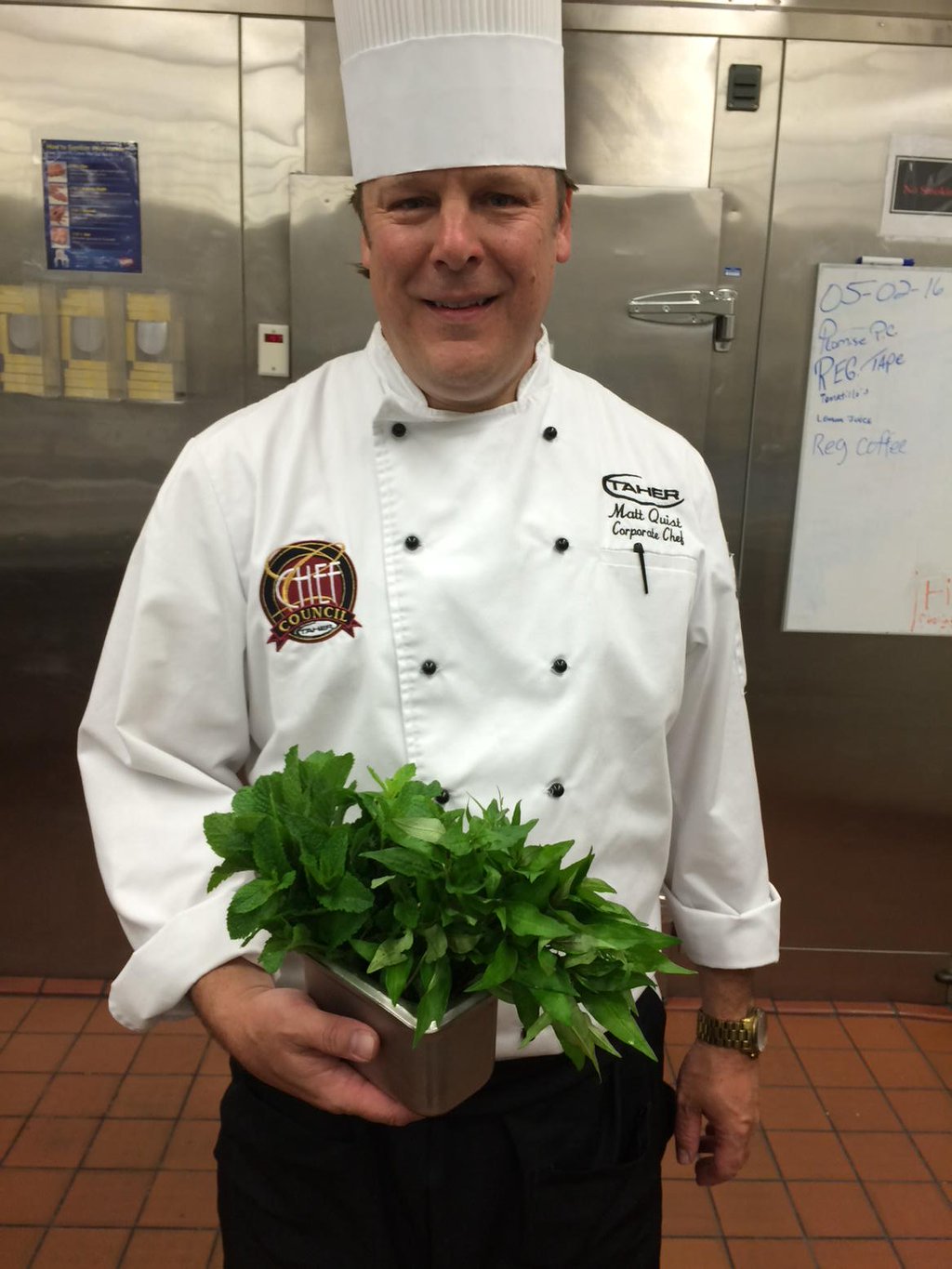 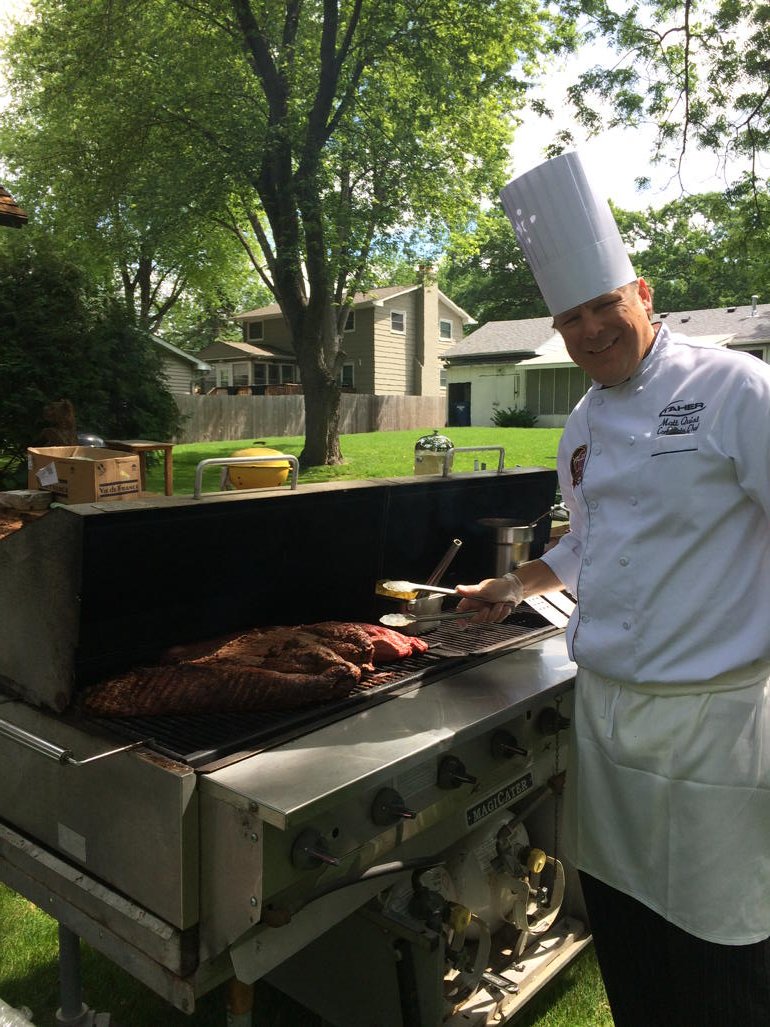 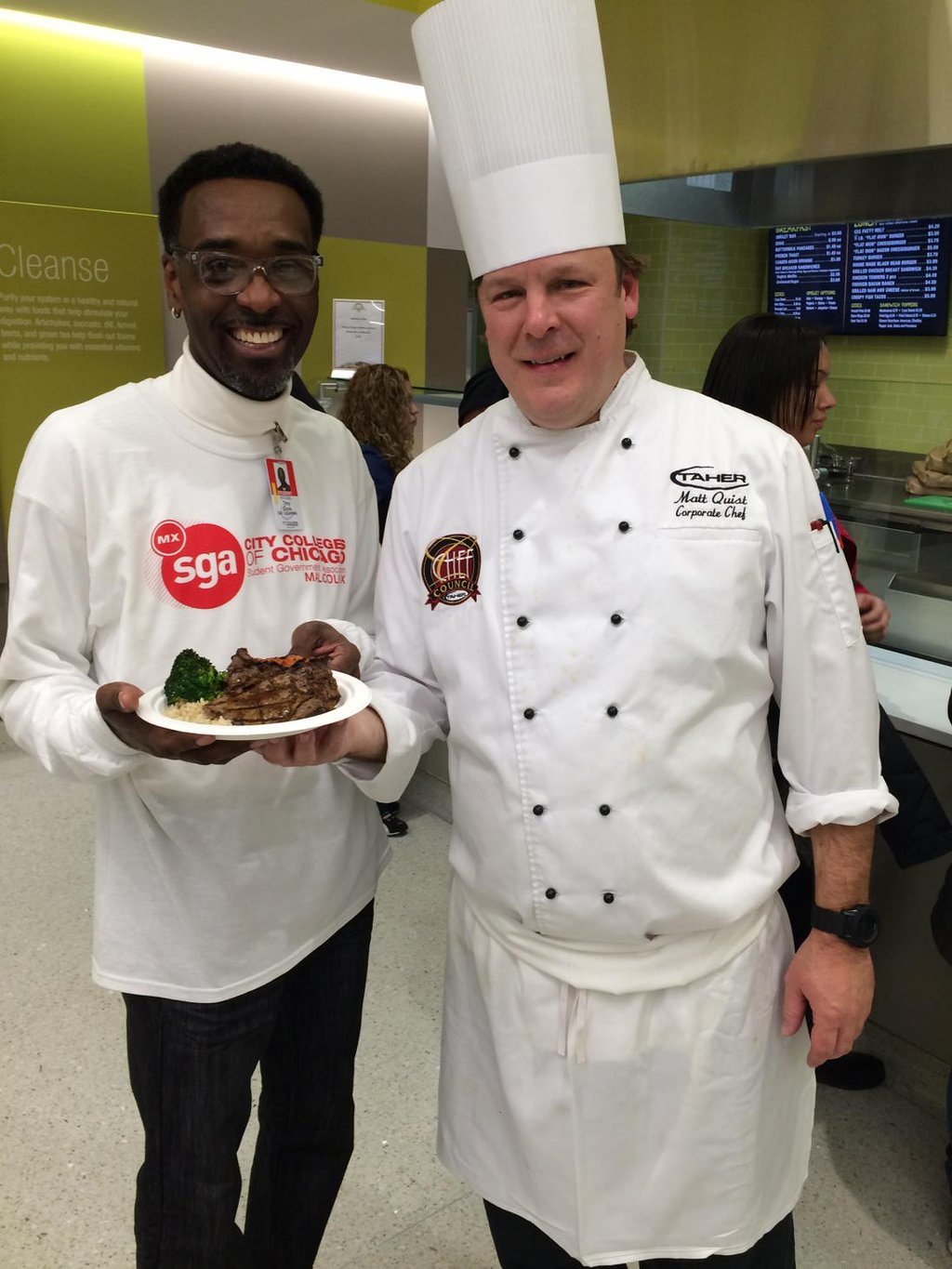 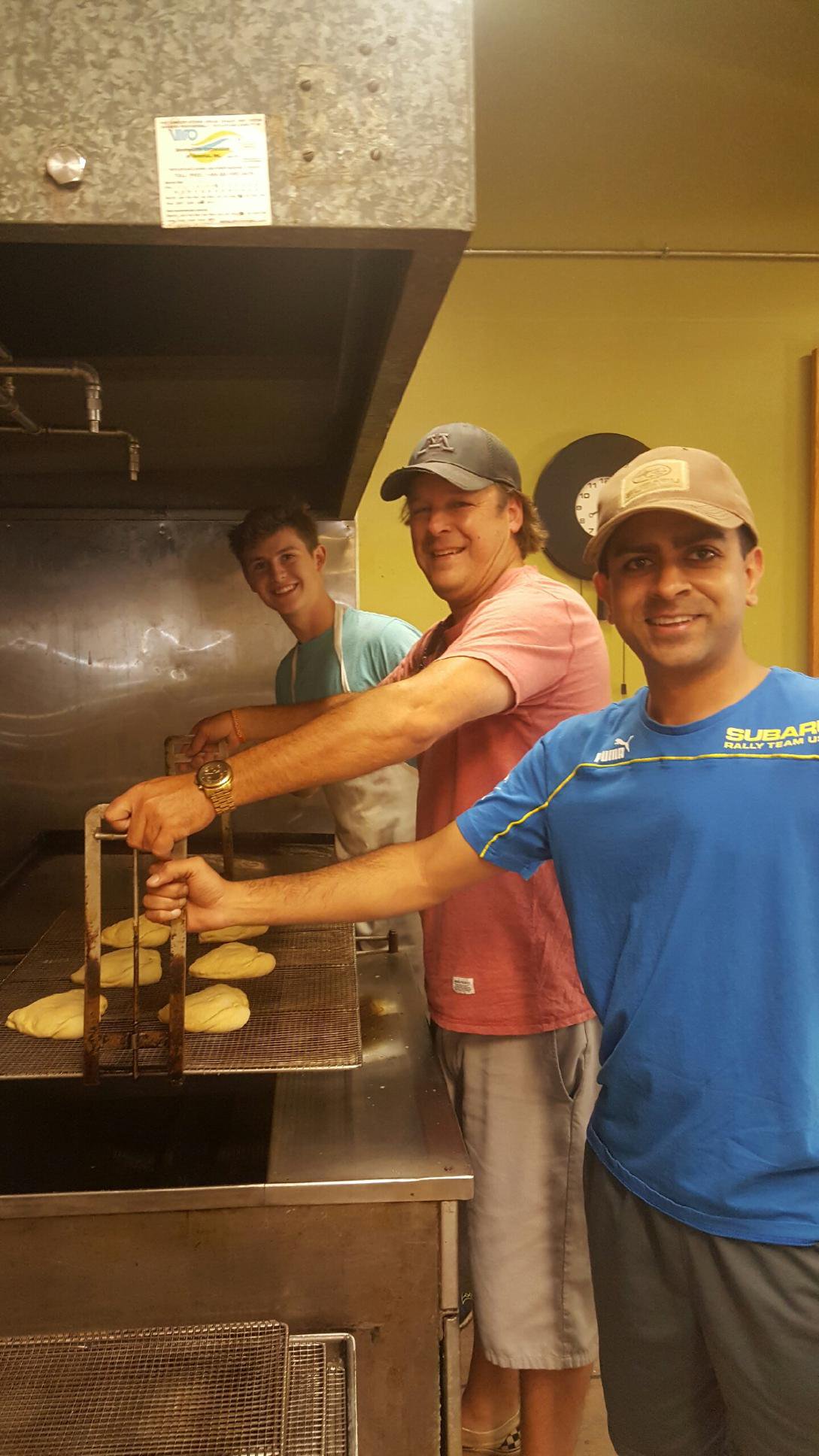