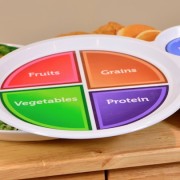 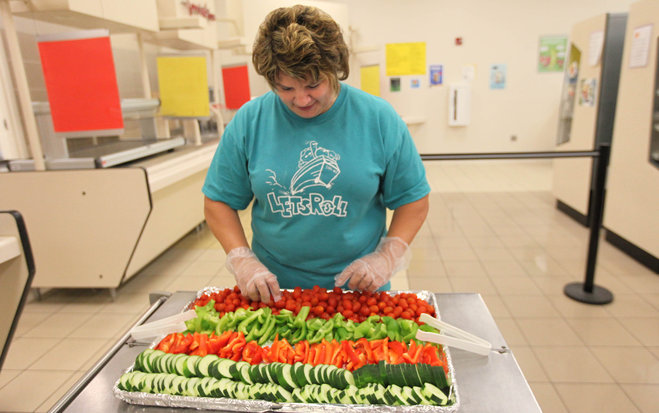 Don’t expect to find any of this in schools anymore — not in hot lunches, not in vending machines, not even in high school snack bars.

Schools across the nation are preparing to work with stricter standards for nutrition from the U.S. Department of Agriculture, as part of a nationwide campaign championed by first lady Michelle Obama to eliminate empty calories. The new standards took effect Tuesday for all schools that participate in the National School Lunch Program and will build off previously implemented standards that limited serving sizes and restricted what food was healthy enough for the program.

Some district officials are saying they’re all for healthy food, but they have to sell enough hot lunches to break even on their program — and that won’t work if the kids shun the food. They also are a little prickly about federal officials telling them what to do.

“We believe that proper food nutrition and meal portion guidelines are best decided at a local level,” said Rick Petfalski, School Board president for the Muskego-Norway School District.

Opting out of the program means Muskego-Norway will no longer receive federal money for its meals, but it also means the district is free to serve whatever it wants.

Already losing money because fewer kids were buying the meals, the district will now have to cover the cost of free and reduced lunches on its own. It will do this partly by spending less on foods that students don’t eat and — they believe — increasing the number of kids buying lunches by providing tastier meals.

Under the school lunch program regulations, Petfalski said, the district’s food service was projected to be headed toward a $54,000 deficit. By opting out — and presumably selling more food — he expects about a $7,100 surplus.

“By leaving the program we will not be required to follow these onerous guidelines, pushed by and large by Michelle Obama, who last I checked has been elected by no one,” Petfalski said.

For Waterford Graded, the decision was more than just financial. About 20% of students are eligible for free or reduced-price lunches, with lunches costing about $2.50 each. The district’s superintendent, Christopher Joch, said it will have to absorb about $21,000 in costs to cover its loss of federal funds, and will be raising its paid lunch fees by a dime.

But Joch said the decision was strongly supported by parents and means there should be less food thrown away.

“There was a lot of waste,” he said. “The food ended up in the garbage instead of the kids’ mouths.”

The Central High School School Board decided to opt out to avoid operating at a projected $80,000 in the red. The district’s administrator, Scott Pierce, said he is confident that the school will be able to totally make up lost federal funds through a private vendor called Taher Food Service.

“We’re not trying to fatten up our kids,” Pierce said. “We’re trying to give them food they like.”

More than 30 million children in about 100,000 schools and child care centers participate in the national lunch program. More than 21 million receive free or reduced-price lunches. Schools are reimbursed up to $2.93 for each free lunch they provide under the program, according to the lunch program website.

The attempt to use school lunches as a tool for improving the health of children is the result of widespread alarm among health professionals over obesity in the United States — particularly among young people, who often are forming lifelong eating habits.

The latest round of regulations includes:

Olivia Boucher, 3, of South Milwaukee enjoys her chicken strip at the free and reduced-price lunch program at South Milwaukee High School. She was with her parents, Allen and Kelly Boucher. – Image credit: Mike De Sisti

Carrie Anderson with the South Milwaukee School District sets out corn at South Milwaukee High School. Schools across the nation are getting familiar with the stricter standards for nutrition from the U.S. Department of Agriculture. – Image credit: Mike De Sisti

Stacy Ollmann, a lead food services employee with the South Milwaukee School District, removes a tray of pizza from a warming unit for the free lunch program at the high school. – Image credit: Mike De Sisti

By Robert Gebelhoff of the Journal Sentinel