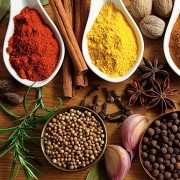 What’s in the Forecast for Flavor Trends? 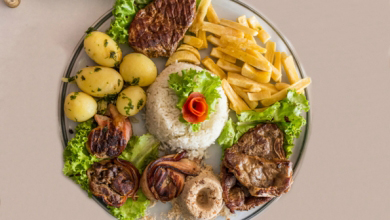 Expect Brazilian food to be popular this year.

While there’s no true crystal ball when it comes to which flavors, cuisines and spices people will be drawn to, McCormick’s annual Flavor Forecast comes very close. Now in its 14th year, the well-known Flavor Forecast was the focus of a NACUFS session at the National Conference last week in Baltimore.

McCormick, a Baltimore company for more than a century, had the home-court advantage, and McCormick Chef Gabby Quintana began the session with an ode to Old Bay, the fabled New England seasoning that gives flavor to many seafood dishes and even ice cream. 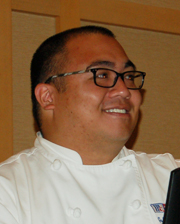 “We make Maryland taste like Old Bay,” Quintana said, adding that McCormick is celebrating 125 years of creating flavors. In recent years, the company has tried its hand at predicting the future: the future of our tastes. Every year, a team of chefs/researchers/trendspotters travel the world in search of the newest tastes and experiences. They embark on ‘trend safaris’ that encompass everything from fashion to cars to technology. They’ve hit the nail on the head with trends like coconut water, hibiscus and chipotle pepper in the past.

“What we eat is a reflection of what’s happening in the world around us,” Quintana said, mentioning the effect of the economic landscape on what we eat. “In 2007, when we planned for the 2008 forecast, we were still riding the bubble. Vanilla and cardamom, one of our most expensive spices, was one of the pairings. Things were super-premium.”

Finally, in 2012, the forecast became much more global, and the forecasts have continued in that direction, with flavors getting more and more exciting each year. Here are some of the predictions, that, based on McCormick’s track record, will probably be good bets for onsite food trends:

Spotlight on Brazil: The 2014 Flavor Forecast ventures into the flavors and staple ingredients of Brazil, which was recently the focus of the world during the World Cup. Guava, a tropical fruit with a sweet-yet-mysterious taste, can be enjoyed as a nectar or paste. Tempero Baiano, described by Quintana as ‘Brazil’s Old Bay,’ is a Bahian spice blend used to season just about everything. It consists of oregano, parsley, varieties of pepper and cumin. Another staple is cassava, also known as manioc or tapioca flour. It’s gluten-free. And black-eyed peas are a favorite bean of Brazil.

Mexico’s Regions: The bright, bold and casual cuisine of Mexico is having its moment through the celebration of its different regions. Spice pastes from the Yucatan, recados, contain anchiote, sour orange and a blend of spices. Tomatillos, with their lemony flavor, are also poised for a more prominent place on menus. A condiment called chamoy features apricot, lime, chiles and spices. “We’ve enjoyed Mexican cuisine for a long time, but we’re just now getting more into the regions,” Quintana said.

Indian Food’s Moment: “People confuse the fact that Indian food is spice-rich with it being spicy-hot,” Quintana said. “Plus, I have a theory that we were fighting the British for so long, we maybe don’t want to like something that they like.” Even so, masalas with cumin, cardamom, cinnamon, cloves and ginger are proving to be irresistible. Paneer cheese is a super-appealing, versatile fresh cheese with a mild flavor and lots of applications. Jalfrezi is a ‘stir fry’ style curry dish that could be perfect for an Indian action station.

Baby Steps for College Kids: “You need one foot in the familiar and one foot in the exotic,” Quintana said. “If you want to introduce the great flavor of smoked paprika, add it to ranch. Putting things in a non-risky item like a condiment is a great way to go.” Think chipotle ketchup or an aioli made with a trendy hot sauce.

Sichuan Cuisine: “Right now, cities like Chicago, New York and San Francisco are pushing it forward, but I think we’re going to see more and more of it,” Quintana said.

Regional BBQ on Fire: When an audience member asked Quintana what the true next big flavor trend for college campuses will be, he thought for a moment, then said, “If I had to bet on it, I’d say North Carolina barbecue sauce, with its vinegar and mustard. And sauces from other regions, too: Memphis barbecue sauce, and even white barbecue sauce from Alabama.”