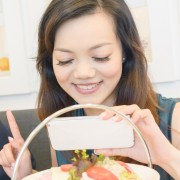 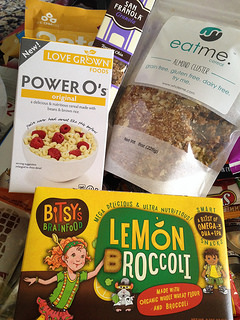 Two trends have come together to drive the growth of new snack foods — consumers are snacking more and sometimes using snacks to replace meals. Meanwhile, they’re also trying to avoid empty calories and seek out convenient snacks that pack a nutritional punch without packing on the calories.

The new year began with news on the high-protein snacks front. Dannon announced Monday that it has replaced long-time Oikos spokesman John Stamos with Carolina Panthers Quarterback Cam Newton, the latest move in the company’s ongoing effort to market the yogurt as a protein-packed snack for athletes and active men.

Newton will endorse a new product called Oikos Triple Zero, which has 15 grams of protein and doesn’t contain fat, sugar or artificial sweeteners. Dannon, the official yogurt of the National Football League, will break a new ad campaign this month and advertise heavily during the playoff games leading up to the Super Bowl, in a push to reach its target audience.

Hence the rise of the high-protein snack, a trend that grew in 2014 and is on track to blossom further in the new year, according to Packaged Facts. Snacking frequency increased 47% between 2010 and 2014, with millennials driving both the rise in snacking and the demand for healthier options, according to data compiled by DuPont Nutrition & Health.

“Data indicates they are more frequent snackers, and are more likely to be using snacks as meal replacement, thus expecting their snacks to deliver more nutritionally,” said Jean Heggie, Strategic Marketing Leader for DuPont Nutrition & Health, which makes an isolated soy protein that food makers use in nutrition bars and other snack foods.

Food makers are feeding the growing demand with products like Oikos, high-protein energy bars and Quest Protein Chips, a low-fat, sugar-free baked snack that boasts 21 grams of protein in a single 120-calorie serving.

“In just the past few years, technological advancements have enabled manufacturers to keep up with consumers’ increasing demands. Today’s products can be made with up to 30 grams of protein per serving, vs. 15-10 grams, which used to be the standard,” Heggie said.

Meat, eggs and dairy are the categories that often come to mind first when we think about protein, but food companies are also promoting plenty of vegetarian and plant-based high-protein options.

Chicago-based quickserve chain Protein Bar launched in 2009 and will open its 13th restaurant on Friday, featuring a health-focused menu that’s heavy on high-protein and vegetarian options, and marketed to young, active consumers. The company has received a $22 million investment from private-equity firm Catterton Partners to fund a plan to expand to 40 locations this year, Crain’s Chicago Business reported.

And food and beverage makers are increasingly looking to ingredients like DuPont’s soy protein as leaner and less pricey protein options, Heggie said.

“Soy protein helps manufacturers manage cost as it can sometimes be half the price of typical milk protein concentrates, whey proteins, or caseinates,” she said. “Many formulators find that the best approach is blending proteins, like dairy and soy. This approach leads to a more economical solution, and often results in better sensory results than singular protein sources provide.”

Make 2015 the Year of Tempeh for the Weeknight Vegetarian