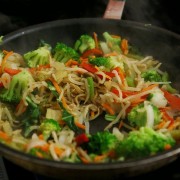 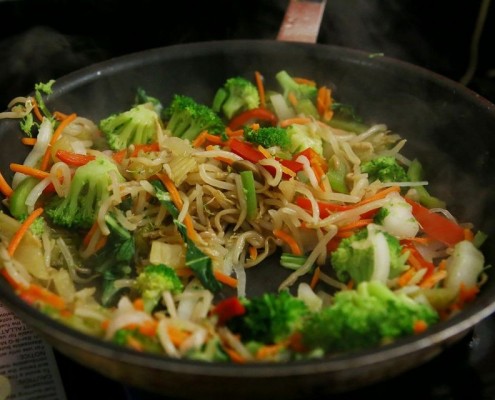 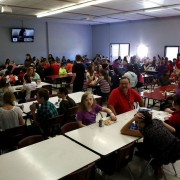 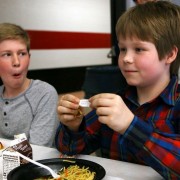 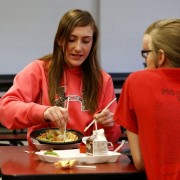 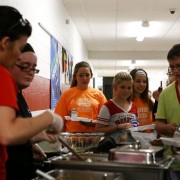 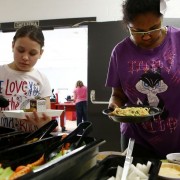 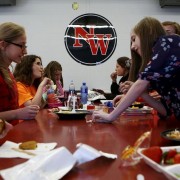 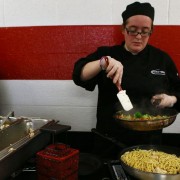 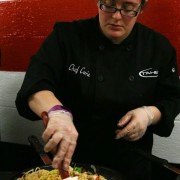 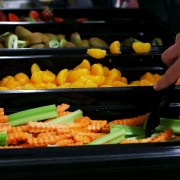 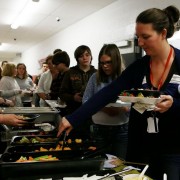 Seventh-grader Molly Williams compared it to stir fry, and said it was her favorite of the cultural meals so far this year.

“I like stir fry; my parents make it with the water chestnuts and with the little crunchy things,” she said.

The meal was offered in the school cafeteria at the same price as the regular hot food lunches.

Through the cultural learning program, students are offered monthly opportunities outside the classroom to learn about the many different cultures of the world.

Friday’s lunch was part of the Asian segment, which also featured daily fun facts during the morning announcements, a poetry contest and Taekwondo demonstration.

“It’s just kind of a way for all of the kids to be exposed to something that maybe they won’t be through their regular curriculum,” said Cindie Sayles, Kidder Middle School learning specialist. “But then some of it does (connect) with their curriculum so they can see where this stuff also fits in their schooling.”

The program was created by Sayles and has been in place for five years. It has changed in focus from year-to-year, covering different U.S. regions and biomes — regions of the world with similar climate, animals and plants.

Russell said she enjoys creating the meals for the kids and receives generally positive feedback on the new cuisine dishes.

“These kids are great; they are willing to try (new) things,” Russell said. “I love all of the specials that we can do. You know the menu writing is fine and the inventory and that kind of stuff, but having the kids be open to new things is great.”

In a couple of weeks, Russell said she will put together a sushi tasting event for the students.

Healthy Food With Smiley Faces Are More Appealing To kids!
Scroll to top