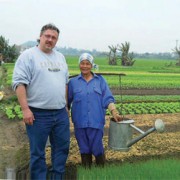 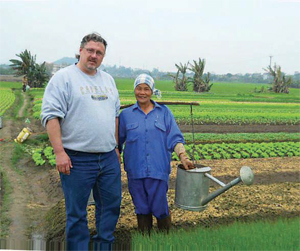 In the research and development phase for new menu ideas, a chef can easily look around online to learn about, say, Peruvian cuisine. Or, that chef could pack his bags, settle into a long flight and wake up in Peru. Vibrant open-air markets become the research; hot empanadas and cool ceviche become the inspiration. And that can lead to a menu unlike any other.

That is the model being used every year by a team of 12 chefs at Taher, Inc., a Minnetonka-based contract management company that serves mostly K-12 accounts in more than 400 public school locations.

For the past few years, they’ve been bringing authentic recipes and techniques back from markets, streets and homes all over the world: Sicily, Jerusalem, Peru, Morocco, Japan, Thailand, Amsterdam and Paris, to name a few.

“When you travel, you find things you never would’ve found on the Internet,” says Chris Murray, Taher regional chef. “It’s not just the food, it’s the culture. When you live in a place for seven days, you start to learn the ‘whys’ and ‘hows’ and ‘becauses’ of that cuisine.”

The company’s president and CEO, Bruce Taher, has a background as a chef, and knows how important it is for chefs to create exciting new menu items. So Taher, the team and a few guest chefs have been getting out of the kitchen—far out. Last year, they traveled to Jerusalem, and they just recently returned from Sicily.

Off the Beaten Path 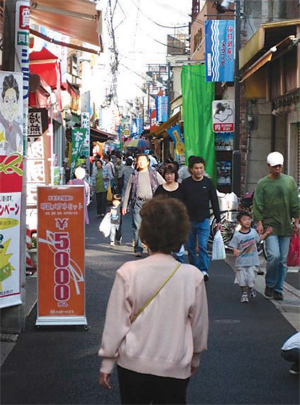 The group of chefs makes an effort to get off the beaten path when they travel, seeking out new friends and family meals.

The recipes are recreated as K-12 menu items that are pretty faithful to the original versions, allowing kids to get true tastes from around the world.

“Authentic food is what we’re looking for,” Murray says.

Walking through the alleys of Japan really left an impression on the Taher chefs.

“In Japan seeing the pho and buncha in alleys…that was incredible,” he says. “The aroma and the fresh produce…and to see the way they created a convection oven by putting a fan on the grill. The way they adapt and create their own systems of cooking is pretty impressive.”

In Vietnam, the chefs ventured hours outside big cities just to see what life there is like.  “We stopped and met some farm workers on our way to the ocean, and we were roaming around cabbage and bean fields, watching them do the work.

“People have been completely welcoming and friendly and engaging,” Murray says, recalling time spent learning to make kimchi with a group of Korean women, sharing the bond of cooking, the language barrier hardly even an issue.

“I accidentally said something inappropriate in Korean, and they were all just laughing at me,” he says.

Part 2: Bringing It Back Home >